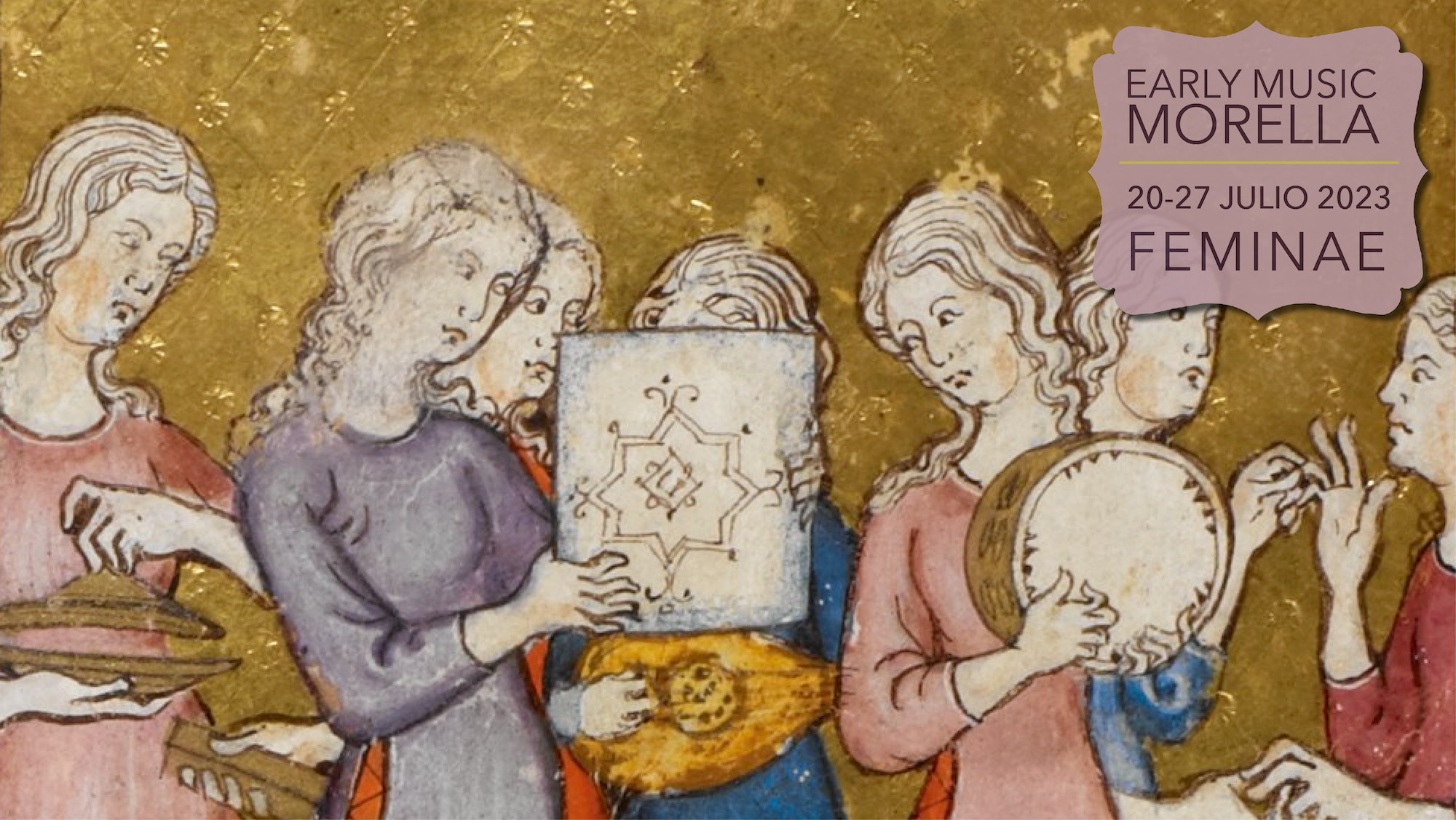 Early Music Morella celebrates its XII edition with Feminae and delves into the female universe and that of the female composers of the Middle Ages and the Renaissance. From traditional, medieval and Renaissance music, Early Music Morella is articulated each year around specific themes designed to stimulate new attitudes that bring us closer to the music of the past, promoting its research and dissemination and ultimately the recovery of this heritage of the cantrix, novice musicians responsible for the musical repertoire, rehearsals, the work of the copyists, managing the library and supervising the liturgy. Also of trovairitz and other women musicians such as Tekla, abbess of a convent in Constantinople in the 9th century or Kassia, the first Byzantine composer whose music is preserved together with Hildegard of Bingen or the nun Junger Gertrud Bunge who participated in the 15th century, together with four other nuns, in the composition of a collection of hymns and sacred songs collected in the Wienhauser Liederbuch. In the 13th century all orders had nuns, probably choirmasters, who composed the chants to be performed by the rest of the congregation, as shown in the Codex of Las Huelgas. Not forgetting the Muslim era, under the Umayyad kingdom of Damascus (661-750), where the poetic tradition of Mecca and Medina was maintained and enriched, and which favoured the creation of literary salons where the most distinguished artists and the former slave girls, singers liberated thanks to the mastery of their art of singing: the Qainat. At the same time, we will deal with the music of, by and for women, the female links with the repertoire of the Cantigas de Alfonso el Sabio, the female composers in the Renaissance (Maddalena Casulana, Vittoria Aleotti, Francesca Caccini, Gracia Baptista or Leonora d'Este) and of course all the music of oral tradition from the image of women as creators and performers of vocal and instrumental music and their preponderant role as creators of improvisation and the rooting of music in the daily tasks of Christian, Arab and Jewish culture and nowadays, through the oral tradition.

Early Music Morella also commemorates the centenary of the death of Papa Luna. In 1423, 600 years ago, Pedro Martines de Luna and Peres de Gotor, known as Pope Luna, who was pontiff of Avignon under the name of Benedict XIII, died in Peníscola. While at the same time delving into this musical adventure in the instrumental practices, measurement, theory and techniques of composition in the Middle Ages and the Renaissance, the beginnings of musical writing and its notation techniques, oral and written music and their mutual influences, as well as music of an instrumental or religious nature. The combination of elements of historical music with those of oral tradition form the essence of Early Music Morella, music to understand, communicate, listen, interpret and enjoy from their knowledge and reasoning. In our X edition in addition to the concerts of the Festival and the Academy of instrumental or vocal improvement, you can enjoy a multitude of parallel activities (guided tours, exhibitions, conferences, Med_Ren Jamsessions, instrument building workshops and we will pay special attention to the actions social networks for the diffusion of early music for young people, the elderly and disadvantaged groups. It will be a pleasure to share it with all of you.